What is statistical arbitrage? Print

Statistical arbitrage is a class of short-term financial trading strategies in finance that use mean reversion models that include highly diversified (hundreds to thousands) stock portfolios held for short periods of time. Substantial mathematical, computational, and trading platforms help these techniques. Known as a highly quantitative, analytical approach to trading, stat arb seeks to minimize beta exposure to the greatest extent possible in two stages: "scoring" offers a ranking according to investment desirability for each stock available, and "risk reduction" blends desirable stocks into a specially built lower risk portfolio.

Statistical arbitration techniques are market neutral since they require concurrently opening both a long position and a short position to take advantage of inefficient correlated securities pricing. For example, if a fund manager believes that Coca-Cola is undervalued and that Pepsi is overvalued, they will open up a long Coca-Cola position and open up a short Pepsi position at the same time. Statistical arbitrage is sometimes referred to by investors as' exchange in pairs.' Statistical arbitrage is not exclusively limited to two securities. Investors should extend the principle to a group of securities that are correlated. Also, just because two stocks work in separate industries does not indicate that they should not be associated.

It depends heavily on the ability of market prices, usually referred to as mean reversion, to return to a historical or projected standard. However, due to both micro and macro factors, two stocks that operate in the same sector will remain uncorrelated for a considerable period of time. For this purpose, to exploit tiny inefficiencies that often last for a matter of milliseconds, most statistical arbitration strategies take advantage of high-frequency trading (HFT) algorithms. To generate enough income from such minuscule price fluctuations, large positions in both stocks are required.

It can be overwhelming to try and understand the math behind a strategy of statistical arbitrage. Luckily, there is a simpler way to start using the fundamental concept  Investors can find two traditionally correlated securities, such as Reliance and Tata, and then, by overlaying them on a price chart, compare the two stocks. However, there is no guarantee of when the two prices will re-converge; therefore, investors should always consider using stop-loss orders when employing this strategy. These two automakers are compared in the chart below. When the two stocks get substantially out of sync with each other, such as in mid-February and early May, investors can enter a trade. For instance, in anticipation of its share price realigning with Reliance's share price, traders would consider buying Tata in February and selling it in May. 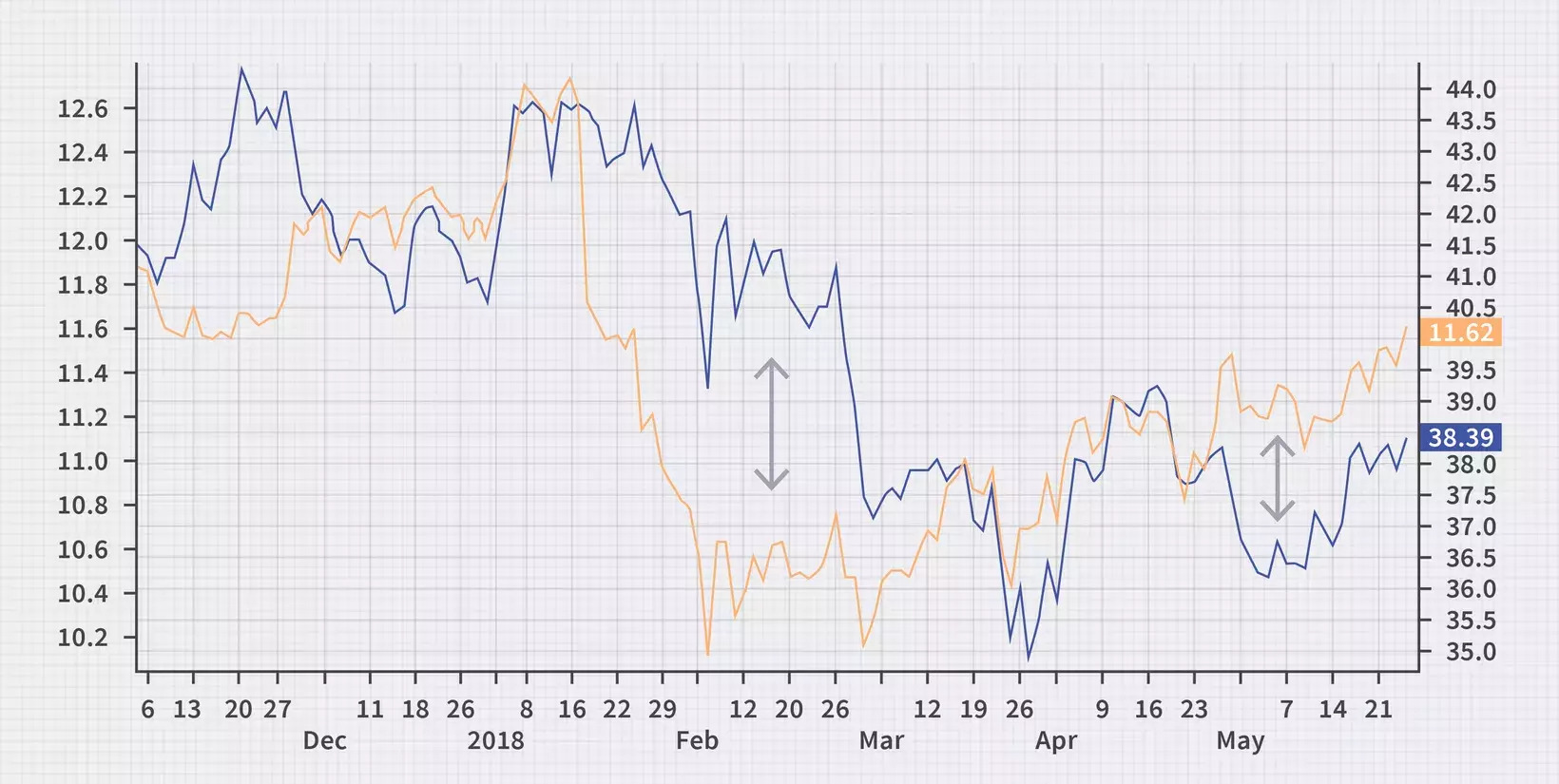 W
Wright is the author of this solution article.

Did you find it helpful? Yes No

Send feedback
Sorry we couldn't be helpful. Help us improve this article with your feedback.